No one out Pizzas the hut

OLI framework and McDonald's style   IFPMC- LONDON  November 2022   One way of analysing whether to engage in FDI is by using the OLI framework, also referred to as...
Read more
Infrastructure

Electricity in Iraq and Infrastructure Risks

No one out Pizzas the hut. 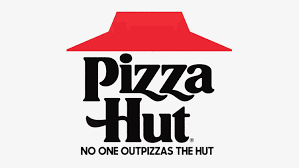 Pizza hut one of the most infamous pizza businesses globally, from once the world’s leading pizza chain to now a downsizing franchise. Pizza hut is now struggling to keep up with its competition, having gruesome battles in marketing strategies between mega pizza franchises. The global pizza market is shifting and changing with the consumers’ preferences. The struggles the chain finds itself in is leading the franchise to a spiralling downfall in profits. This short article will explore the reason why Pizza Hut is failing the pizza franchise race in recent years and will also explore strategies that will help regain its former glory.

Pizza Hut was launched in 1958 in Wichita, Kansas, the United States, by brothers Dan and Frank Carney. Their original concept was to have a dine-in pizza restaurant with an appealing family atmosphere. The restaurant concept succeeded, and Pizza Hut started to climb the prosperity ladder and take the lead over the pizza market. Pizza hut managed to maintain its place as the number one pizza chain in the United States until its abdication in 2018. Domino’s pizza has managed to overtake Pizza hut’s position and is currently the number one Pizza chain in the U.S.

The Hut used to be at the summit of pizza world business and for many years only had itself as coemption, going back to 1971 Pizza hut had 1000 locations globally and with the rise in popularity between the public which helped the franchise to double their global branches to 2000 by 1977.

Pizza hut was late in the pizza delivering game and only entered the delivery market to overcome their competitors, mainly Dominos. Better late than never, so in 1986 the infamous Pizza hut finally took the approach and accepted the challenge of delivering. But the problem was that the Hut wanted to introduce this new perception to its customer base that the same dine-in pizza is available at your doorstep. So, during the upcoming years post-1986 specifically, Pizza hut’s marketers wanted people to prioritize pizza hut delivery service over all other pizza stores. Pizza Hut’s marketing attempt to promote their delivery was so huge that in 1989, they delivered pizza to the white house, and later in 2001, they delivered pizza to the international space station.

Against pizza Hut’s attempt to promote themselves, the public’s preference shifted to Domino’s; due to the lack of innovation in their menu, Pizza Hut failed to cope with the population’s change of taste. Over the years, Pizza Hut has tried to overcome this predicament by introducing an all-new redesign of their menu and logo and calling it the “Flavour of now” (This Major National Pizza Chain Is Falling Out of Favour with Customers, Data Shows — Eat This Not That, 2022). Apparently, the redesign was not researched properly, and the whole marketing strategy was a failure in-fact it failed so badly that it led to a decline in sales the following year.

In my humble speculation about the downfall of Pizza hut I believe that Pizza Hut needs a new and fresh marketing team to understand the newer generation and attract a customer base to fulfil its financial goals. However, marketing itself does not suffice; new items should be introduced, and the taste should appeal to the public range of taste. Today we live in World were the preferences of the population branching like never before, diets such as gluten-free, vegetarian, vegan, pescatarian, etc., are rising, and this new range in diets must be taken into consideration.

Growing up in the early 2000s, eating a pizza from the Hut was a treat like no other. Pizza was the most desired food for myself and my friends. The texture of the soft cheese and round crust was an optimal experience, from birthday parties to a cheat meal to running away from the traditional dishes in the household I was brought up in. It makes me sad that a pizza chain that has created many memories for many people to struggle in such a way.

Eat This Not That. 2022. This Major National Pizza Chain Is Falling Out of Favour with Customers, Data Shows — Eat This Not That. [online] Available at: <https://www.eatthis.com/news-pizza-hut-favor-customers/> [Accessed 20 February 2022].

Below are the top 10 papers submitted for the Hisham Al-Hashemi Award. GASMI Abdelssam :The impact of terrorist groups and militias on the development...
Read more
Governance

Iraq's E-learning Dilemma By Yusra Mahdi Project Manager at IFPMC   Amid the global shut down to contain the COVID-19 pandemic, education systems all around the world faced...
Read more
Publication & Statistics