Iraq and the return to the development path

"Iraq and the return to the development path" a reading of the results of the second national voluntary report of the achievement of the sustainable...
Read more
Private Sector

Exploratory study about online shopping in Iraq .. the opinions of... 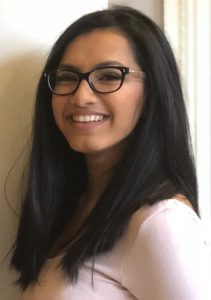 In order to lessen the growing trade deficit America was facing, concerning China, America imposed a tariff which China then reciprocated. This is a trade war which indirectly affects other countries as well as businesses.  The US  imposed a tariff of $360 billion and China imposed a tariff of $110 billion. The ‘winners’ of this trade war are President Trump (as this war can be portrayed as an achievement for his presidential election 2020), Xi JinPing (as this war is loosening the US business markets, financial and car firms), lastly, Taiwan, Vietnam, and Mexico (as there has been a  trade shift and they have become the main supply chain source). The ‘losers’ of this trade war are the American consumer and companies (as they’re paying the tariffs which create debt and possibly leads to bankruptcy), manufacturers and farmers (as they now have to meet the high demand-supply from China), and the Washington China critics (as they can see that China’s malpractices like subsidies, aren’t being investigated and they’re unsure whether that investigation will be phase 2 of the trade war deal or not).

In 1978 the President of China opened its economy to the world (exports etc.) which allowed them to form international trade relations. In  2001 China entered WTO which America encouraged, as they said that having China will be beneficial to the world’s economy.

As a result of the global economic crisis in 2008, the USA was weakened, but China was strengthened. This highlighted the amount of power China had in regards to the global economy. This is similar to the positions Great Britain and Germany were around the time World War One began.

International Development Finance Corp. (IDFC) is an institution which began operating late 2019 by Washington policymakers to push back against Beijing’s Belt and Road Initiative as well as allowing the United States’ commercial and development objectives and their foreign policy to agree more with the developing world. Beijing’s Belt and Road Initiative (BRI) began operating in 2013 and it aims to address the weakness in the Chinese economy by creating new opportunities for Chinese products, services, and unskilled laborers, internationally. In comparison to Beijing’s Initiative, the United States’ IDFC is at a disadvantage regarding its capital. Therefore, in order to effectively push back Beijing, many have suggested that the United States should use IDFC to employ the Judo-strategy. The reason why many economists and policymakers suggest that the US should use the judo- strategy is because the Marshall Plan (which is very similar) was successful. The Marshall Plan was when the US helped the European economy by giving $13 billion after World War Two finished. Furthermore, they shipped over food, fuel, and machinery in order to help Europe with the damage that the war did. This was seen as a good deed foreign policy. Helping Europe was beneficial to the US because it: opened new export markets, decreased the Soviet Union’s influence on Europe, and encouraged capitalism instead of communism. To be successful, the United States should focus on doing three main actions. Firstly, Washington should use its strong connections with multilateral organisations (e.g: IMF and OECD) to show that China is violating many international norms. By doing this, it will constrain China’s lending practices and the relationships they have formed with these institutions. Secondly, the United States should highlight the corruption within the Belt and Road Initiative. For example, the Wall Street Journal’s 2019 Investigation on BRI, reveals that the Chinese offered to help with a Malaysian investment fund in return for infrastructure projects which would give their companies “above market profitability”.  Similarly, this endemic corruption has affected other partners like Kazakhstan and Laos. By doing this, it will make it difficult for China and the recipient government to conceal this and therefore will negatively affect the image of the Belt and Road Initiative. In the future, this will make beneficiaries hesitate in accepting what the Belt and Road Initiative has to offer. Thirdly, IDFC resources could be used to free countries that have found themselves under Beijing’s financial control. This can be done via renegotiating with China on the behalf of the debtor country, or through the United States paying the debt and being repaid over a longer period by the debtor country. By doing this, it lessens the amount of power and controls the Initiative has on other countries and the ability of China to use these methods to obtain any economical gains from the world to help with their issues.

In conclusion, the world is uncertain as to what will come out of this battle. As of yet, the first step of the trade war deal is that China raises its US imports to $200 billion, and the US halves their tariffs. As the trade war is political as well as economy driven, balancing tariffs and quota restrictions won’t end the trade war but it will help.

Since it was successful the first time with the Marshall Plan, the judo- strategy may work within this context with the current circumstances.

Iraq's E-learning Dilemma By Yusra Mahdi Project Manager at IFPMC   Amid the global shut down to contain the COVID-19 pandemic, education systems all around the world faced...
Read more
Publication & Statistics