The G7 summit- its aims and achievements.

OLI framework and McDonald's style   IFPMC- LONDON  November 2022   One way of analysing whether to engage in FDI is by using the OLI framework, also referred to as...
Read more
Infrastructure

Electricity in Iraq and Infrastructure Risks

The G7 summit- its aims and achievements. 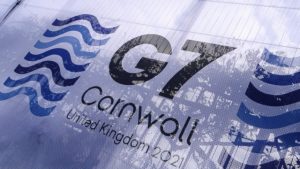 The Group of Seven (G7) is an informal club of wealthy democracies consisting of Canada, France, Germany, Italy, Japan, the United Kingdom and the United States. The heads of government of the member states, as well as the representatives of the European Union, meet at the annual 47th G7 Summit. in this years summit, scheduled for the 11-13 of june in the united kingdom, will discuss The main topic of Covid-19 recovery, including “a stronger global health system that can protect us all from future pandemics”. The agenda also includes climate change and international trade.

The question that’s floating in the air to both us as the general population and perhaps the heads of states is will the summit’s conversation actually occur or is it a conflict of interest to fill in gaps that are missing in society’s current problems ? President Joe Biden quotes “Now we need to modernise our alliance, investing in our critical infrastructure, our cyber capabilities and to keep us secure against every threat we’ve faced over the last decade, and the new challenges we are about to face as well.”

Initially the G7 meeting is a chance to renew US-UK ties. Amidst Biden’s arrival to Cornwall Joe Biden demands Boris Johnson to settle Brexit row over Northern Ireland In an extraordinary diplomatic rebuke a senior US diplomat accused the UK’s Brexit Minister of ‘inflaming tensions’ over Northern Ireland in a trade row. As apprehension fly’s high will the G7 conference be a successful assembly or will it reckon with the world’s unsolved crises?

U.K. Prime Minister Boris Johnson vociferates for a green “Marshall Plan” to combat climate change ahead of the G7 meeting. But it remains to be in question whether the G7, or even Johnson’s own country, will live up to expectations. The call comes amid unprecedented pressure from policy experts and international leaders for the wealthiest  countries to take on more of the responsibility for helping the world overcome the coronavirus pandemic and tackle the climate crisis as well as  to decrease the UK foreign aid budget  , from 0.7% of gross national income to 0.5%.

On the one hand these objectives seem achievable and could be attained through dedication and help from all 7 countries as they are realistic and and specific however there are concerns of these plans being deceiving as in many other G7 summits there is always failure to execute the plans that were once voiced.

The G7 is still an ongoing process and we must observe the proceedings and outcomes of the summit in hope that crises of the first world will no longer hinder and establish trust between the general population and heads of states.